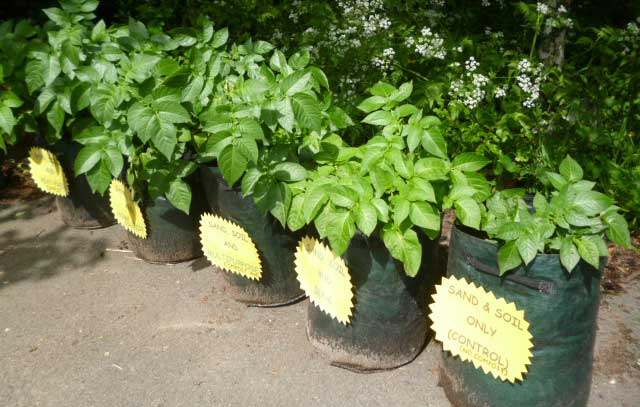 This test was carried out in Spring/Summer 2013. The only factor that was changed was the growing medium (Independent Variable). Most people who witnessed the test being carried out hypothesised that the soil, sand and dung combination would produce the biggest yield (Dependent Variable). Surprisingly, the soil, sand and peat-free medium produced the biggest yield when each bag was inspected in late June. Even more surprising was the fact that the soil, sand and multipurpose compost produced a lower yield than the control. The potato variety used in the experiment was "Colleen". 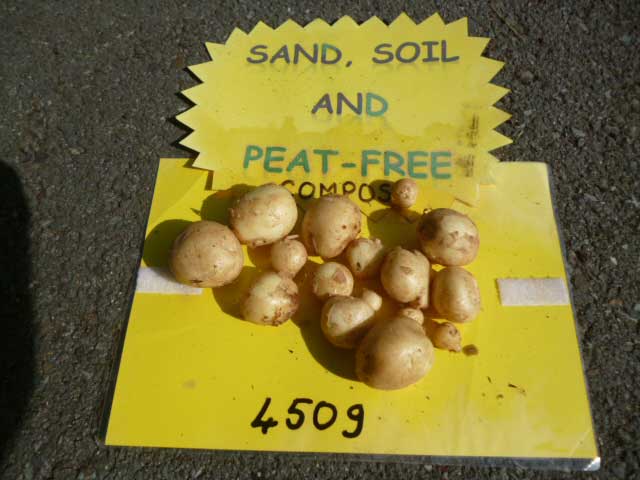 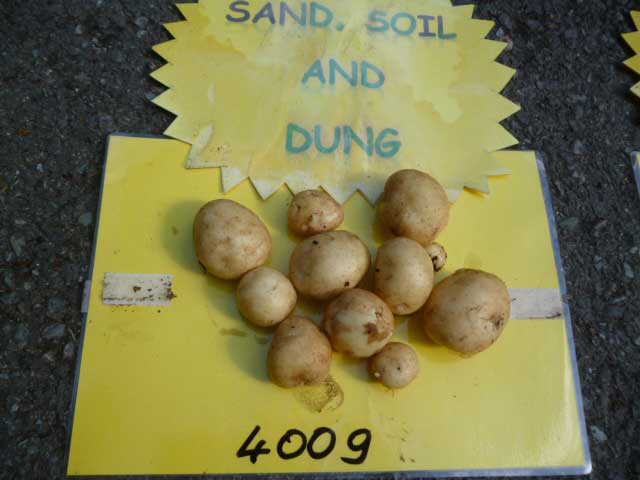 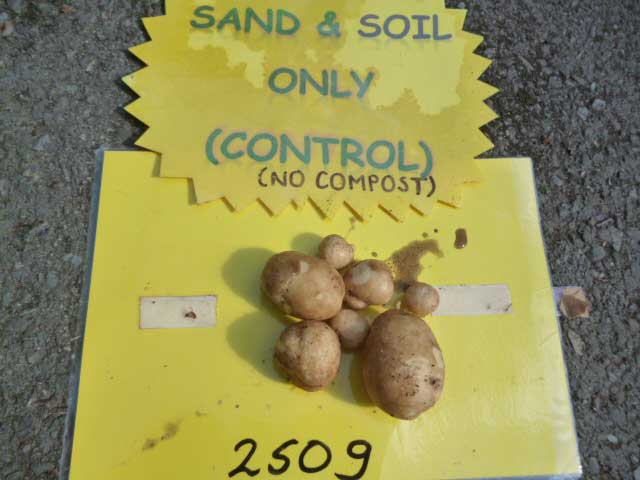 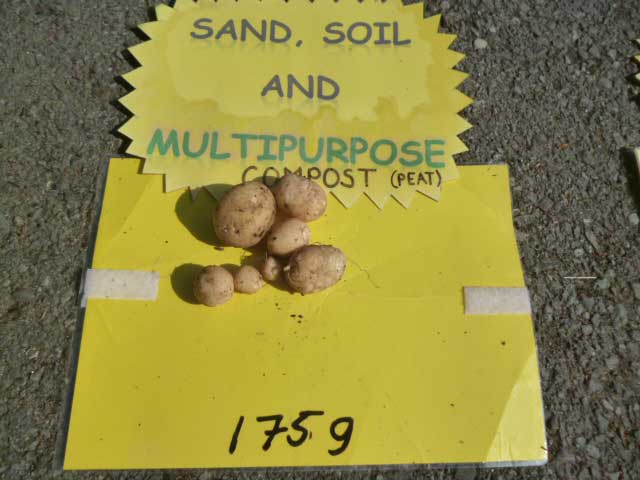